Harbourfront Seagull Necklace is made with a vintage charm that came back from one of my east coast trips in the ’80’s.

The ocean is magical to me, our oceans are still mostly unexplored – what a great mystery. The deep sea is a hidden world full of life, vast mountain ranges, rivers and a wealth of unclaimed treasure. It covers 71% of the earth, at its deepest it’s over one mile taller than Mt. Everest, almost 7 miles deep.

“This domain is so wide and so deep that by some estimates it comprises more than 97% of the space inhabited by living things on the globe, dwarfing the thin veneer of life on land. Human eyes have glimpsed perhaps one-millionth of this dark realm.” William J. Broad, The Universe Below. 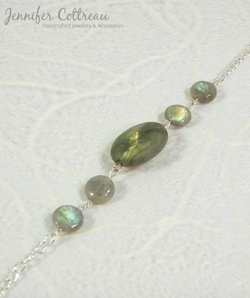 The Labradorite of this Coastline bracelet is showing off the shimmering colours it’s best known for. This bracelet is reminiscent of the rugged Atlantic coastline.

It’s ourselves we find in the sea
The inspiration for my Ocean Spirits Collection comes from my fascination with water and the sea. I think it’s wonderful, marvellous, and any other positive adjective you can think of to through in. I’ve always been comfortable by the water, at the beach, cottage, or on a boat – rag-bangers (sailboats), stink-pots (motorized yachts) or canoes. I’ve always lived near a river or lake, I can’t imagine not having water nearby. I have family in Nova Scotia who live in a coastal town, it’s such a great place with fantastic people. Some of the pieces in this collection are directly inspired by my visits there, and some of the jewellery is created with vintage charms brought back from the east coast.

The oceans truly wear their hearts on their proverbial sleeves. Any mood can be reflected – from seething blackness, to joyful blue skies and romantic golden sunsets. My OS collection embodies the traits of the ocean, Gray Labradorite mimics water and the way it plays with light, casting brilliant blues, greens, gold and pink. The Harbourfront Series is influenced by my travels and experiences in New Brunswick, Nova Scotia and Prince Edward Island. The Coastline Series is a more abstract series exploring some organic shapes of Labradorite that are reminiscent of the pebbly and rocky shores of the coast. The Sea of Atlas Series is based on my interest 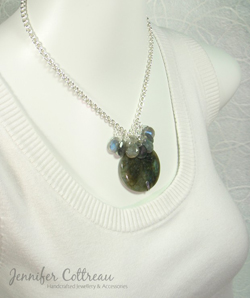 The Sea of Atlas Necklace is shown above. The Atlantic is the modern name of this ocean now. The name Atlantic refers to Atlas the titan in Greek mythology who supported the heaven and the Greeks gigantic river that encircled the world.

with mythology. The name Atlantic refers to Atlas the titan in Greek mythology who supported the heavens. The ocean got is name from the early Greeks, they believed that the water beyond the Strait of Gibraltar was a gigantic river that encircled the world.

The ocean once it casts is spell, holds you in its net of wonder forever
These pieces of jewellery are wearable memory catchers and carefully handcrafted treasures to remind you of your love of travel, the beach, the boat or days by the water at the cottage. Hopefully we always keep our connection and respect for water and the oceans, since it’s one of the most important things in the world.

“The Mesh” Collection has launched

I’ve kicked-started The Mesh Collection with three soft, slinky and sexy bracelets. I developed this unique mesh style by shaping sterling silver wire into “S-links”, I used hand-formed and sawn coils to join the S-links together. I have much more planned for this collection, check back soon for some sneak peeks of upcoming pieces in development. 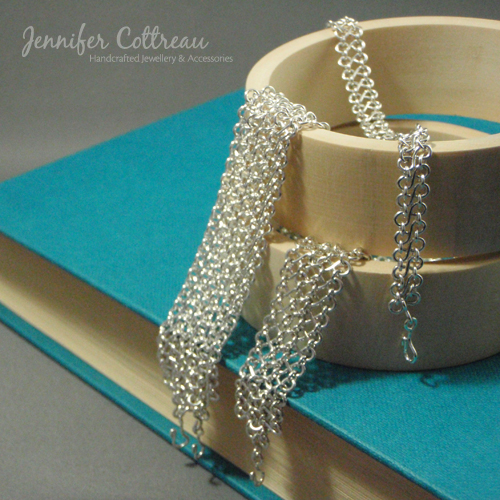 Currently the bracelets are available in one, two, and three links wide. They are delicate and bold at the same time, but have a wonderful and unexpected strength and solidity. Soft and velvety to the touch, they are also extremely versatile. You can take them out for a night on the town or over to a friends place for a movie and pizza. 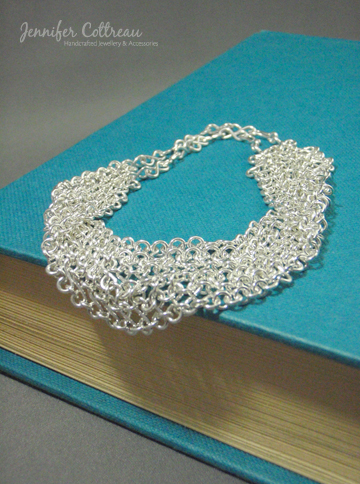 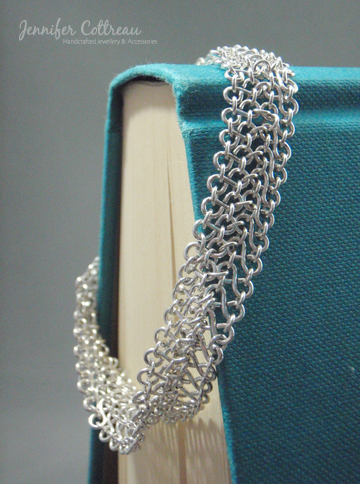 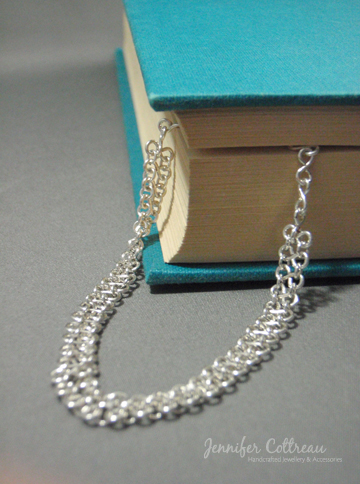